Creating this company and building the team has been an adventure in itself.

Rob was born and raised in Virginia. He grew up in an environment of hunting and fishing from a very young age. In his early fly-fishing years Rob spent time from the age of 9 chasing Bass and Bluegill in farm ponds throughout the Virginia countryside. When Rob got to high school, Team Sports like golf, Basketball and Baseball became his passion. His dedication to high school sports did not leave much time for fishing. After college Rob started his career in the Golf business and his passion for fishing continued to take a back seat. He met his wife Jodi in Savannah Georgia and soon after the two made a break for the West and ended up in the mountain town of South Lake Tahoe. Rob continued his career in the Golf business as a teaching Pro at famous Edgewood Tahoe Golf Course. In the winters Rob worked as a retail manager for Heavenly Ski Resort. Soon after the move Rob found his love for fishing again chasing Trout in mountain streams and lakes around the Tahoe Basin. In 1998 Rob met Chris Evison who worked part time at the golf course and spent all of his free time fly fishing. It did not take long for Rob to latch on to Chris and replace most of his free time on the water with his new BFF Chris.

In October of 1999 Rob married his soulmate Jodi Bickerman and the two have been married for over 20 years. In March of 2000 while fishing with Chris on the Yuba River in California, Rob had a freak accident wading and shattered his ankle and left leg. The accident required a long risky surgery and 11 screws and a metal plate were required to keep Rob’s foot intact. After months of Rehab and physical therapy Rob was able to walk again. The accident also cost Rob his job in the summer of 2000 at Edgewood due to the lengthy rehab process. Rob spent the latter half of the summer learning to walk again and it was not long until the learning part had to be done near some type of water with fish in it. That fall after a month or so hanging out with his new Friend Andy Burk who managed the original Reno Fly Shop, did Rob find an opportunity to go to work in the fly-fishing business. The Reno Fly Shop and Dave Stanley, now Rob’s employer, soon found out what a valuable employee and a pain in the ass they had found. Rob spent the next ten years working and managing the retail operation and growing what would become the area’s largest fly-fishing guide service. The biggest key to the development of the guide service came in late 2001 when Rob became the first Non-Tribal fly-fishing guide at now world renown Pyramid Lake (more on that in our Pyramid Lake Story). As home to the World’s largest cutthroat trout, Pyramid really only had a local following of fishermen from Nevada and California. The potential here was endless. The guide service and the notoriety of the lake grew through fly fishing shows, fishing reports, weekly newsletters and eventually a new website www.pyramidlakeflyfishing.com, long before social media took over. Now Rob was basically working two jobs, managing the fly shop and guiding Pyramid Lake.

In 2002 Rob helped build the shop’s first website which would change his job forever. Rob’s position at the shop had turned into an operations manager and overseeing just about everything. Rob would eventually also become a commercial fly designer for Umpqua Feather Merchants and design the #1 Peacock Bass pattern named the Space Invader.

In the summer of 2002 Rob received an email from a Peacock Bass outfitter in the Brazilian Amazon. They were looking for someone to help evolve a fly-fishing program. As a kid Rob had seen these amazing fish on fishing T.V. shows and growing up a bass fisherman, this idea was already on Rob’s radar and his personal “Bucket List” (It was not until 2008 when the Movie – The Bucket List – came out did Rob know he even had a list). In December of 2002 Rob, Chris and Andy made their first trip to Brazil and the Amazon jungle to see this Peacock Bass operation and to have the chance to catch these awesome fish. It was a trip of a lifetime for these young enthusiastic fly fishermen and as they say “the rest is history”.

Soon after through the original Reno Fly Shop, Rob became a host and agent for long time conventional tackle Booking Agent, River Plate Outfitters in Uruguay. For the next several years Rob took and sent anglers to the Amazon. Rob saw the potential in the travel business and spent his last few years at the fly shop desperately trying to develop a travel program. A long story short and without details, the fly shop closed its doors, without a travel business at the end of 2010.

Rob never wavered after the original Reno Fly Shop closed in December of 2010. Rob built another new website for local guiding for himself and his guide partners called www.renoflyflyfishingoutfitters.com This site would help grow the local guide business on local waters like the Truckee River, East Walker River, Davis Lake and of course Pyramid Lake and the Pyramid lake website.

Still with a huge craving for Peacock Bass, Rob continued to host trips to the Amazon every year. Rob would build his 4th website in 2012, peacockbassflyfishing.net as a host and booking agent for River Plate outfitters. In 2014 Rob also spent three years hosting trips for another Peacock Bass operation, the Agua Boa Lodge where he would meet Head Guide Neto Silva. (More on Neto in our Xeruini River story)

In 2016 Rob would get an offer to start a new Peacock Bass Operation with a group of friends who had years of experience and access to some never before fished water. Rob and Brazilian Guide, Neto Silva would spend the better part of the next three years building the program which would include a plan to help jungle communities, Eliminate unlawful commercial fishing as well as deforestation and logging in a large portion of the Amazon Jungle. It was in January of 2018 when Rob met his current partner in the Amazon Natan Guedes of NG Turismo. Not only did Natan have the equipment and logistics needed but also a desire to work with Rob and to help with the conservation program. This partnership has been a huge success and defines what is now one of the most exclusive and unique tourism and fishing programs in South America. In 2019 the two would finally get the operation into an area called Rio Novo or New River located on the Xeruini River Preserve, where the most exclusive Peacock Bass Fly Fishing program in the world exists today.

Currently Rob is still running his local guide service in the Reno-Tahoe area with the help of some of the area’s top local guides. Rob also hosts and runs an annual charity event in Reno called the Pyramid Lake Celebration supporting Kids with disabilities, tribal communities and Brazilian indigenous people. Rob is still married and has a son, Tanner Anderson (6) who is a fishing machine. Rob’s travel business, Bucket List Fly Fishing is growing and expanding fast and providing jobs for many and helping to protect the environment. Rio Novo and newly acquired, Labirinto da Tartaruga are the centerpiece of the business. Rob’s plans for the future are to continue to continue to build a very unique adventure fishing and Eco-Tour company offering trip of a lifetime type opportunities while continuing to support the company’s ideals in conservation and charity through their programs Care & Share and Rain Forest Expansion. 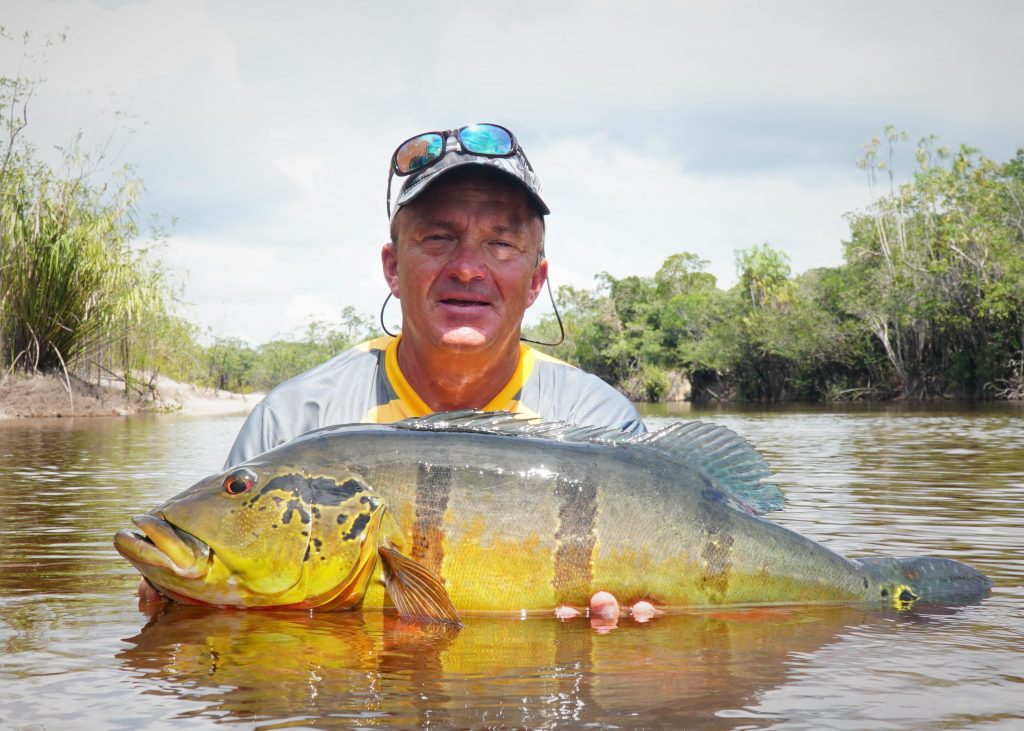 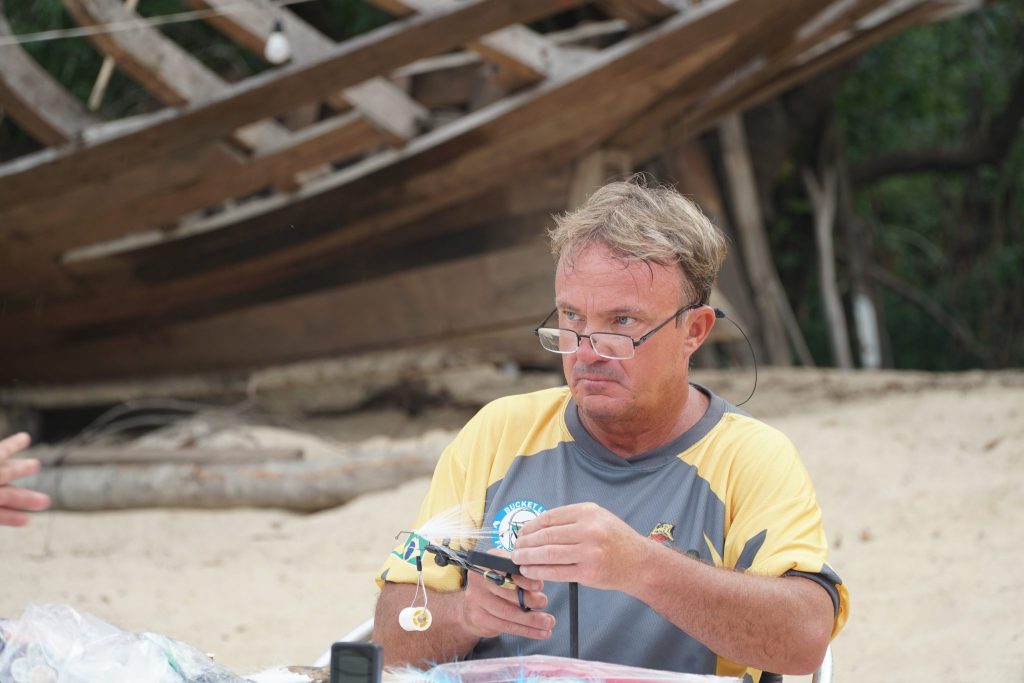 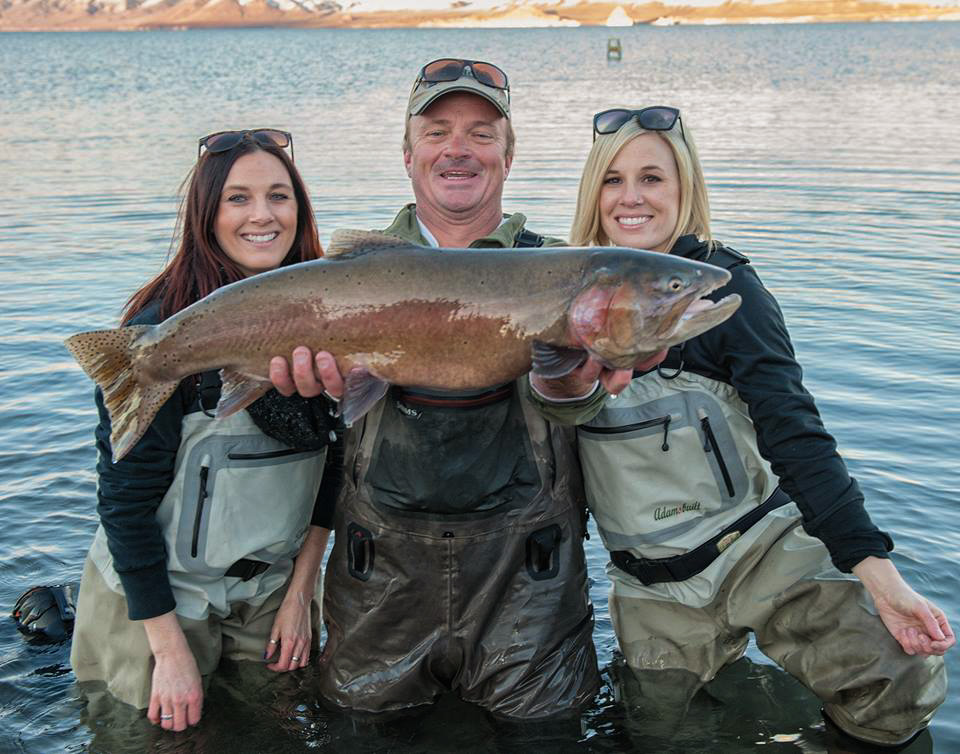 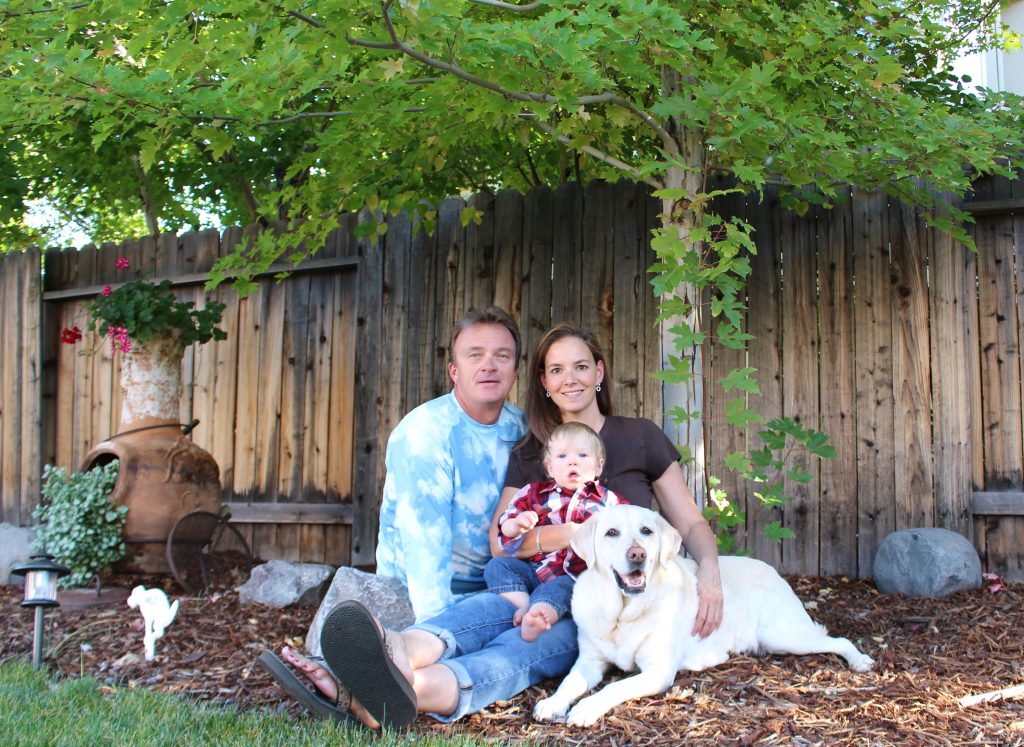 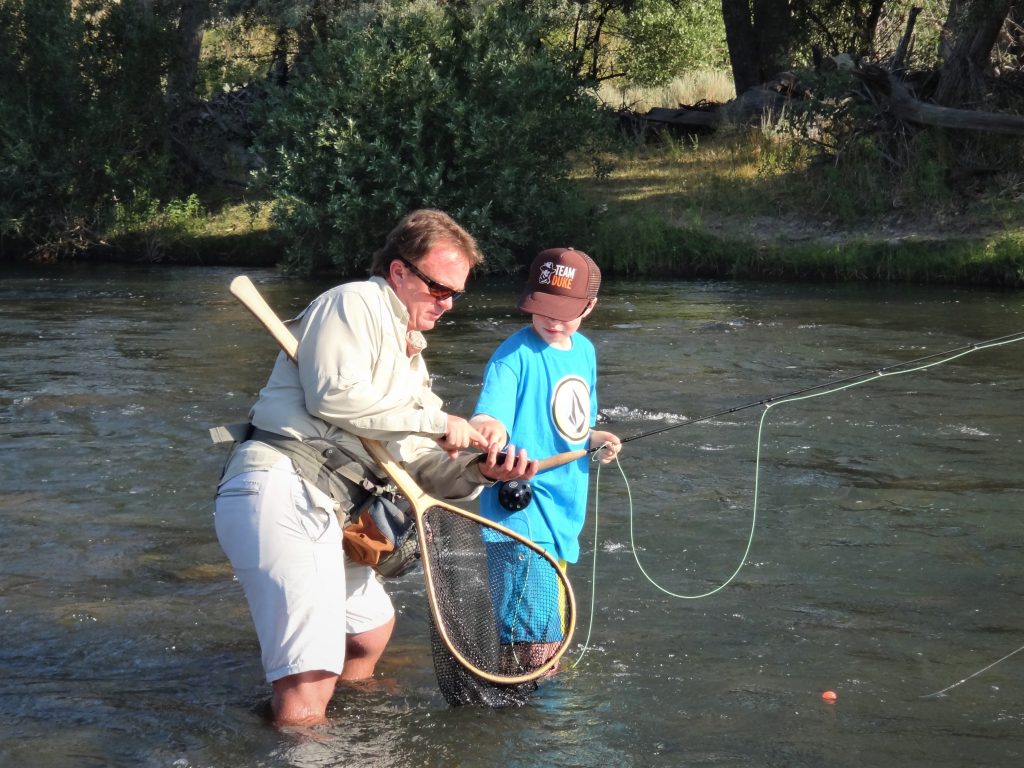 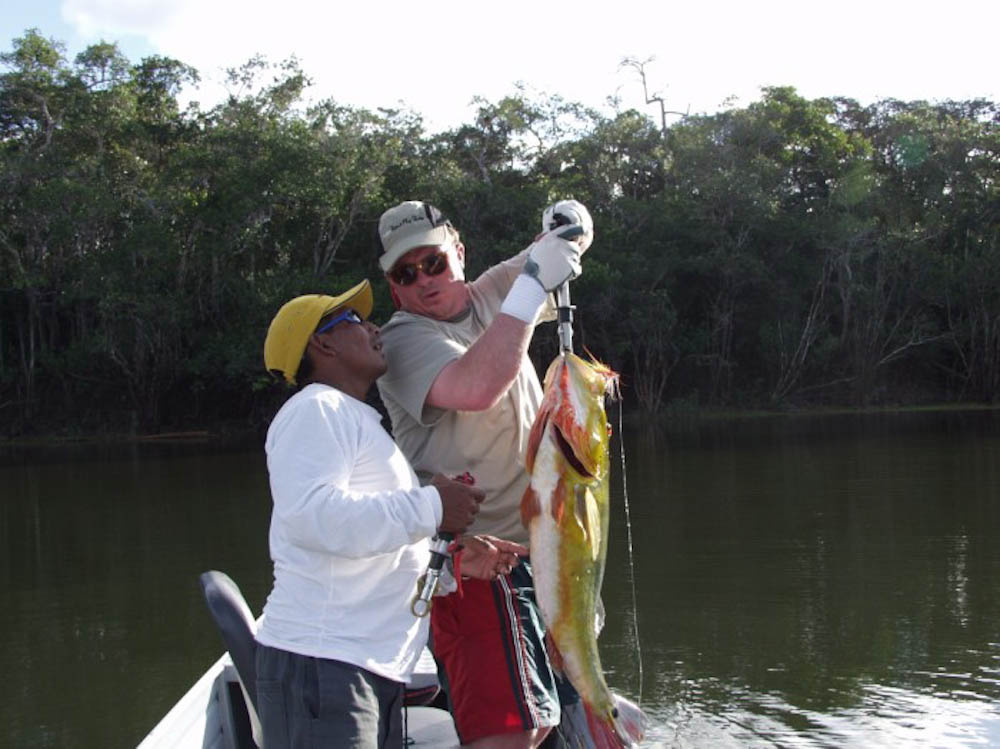 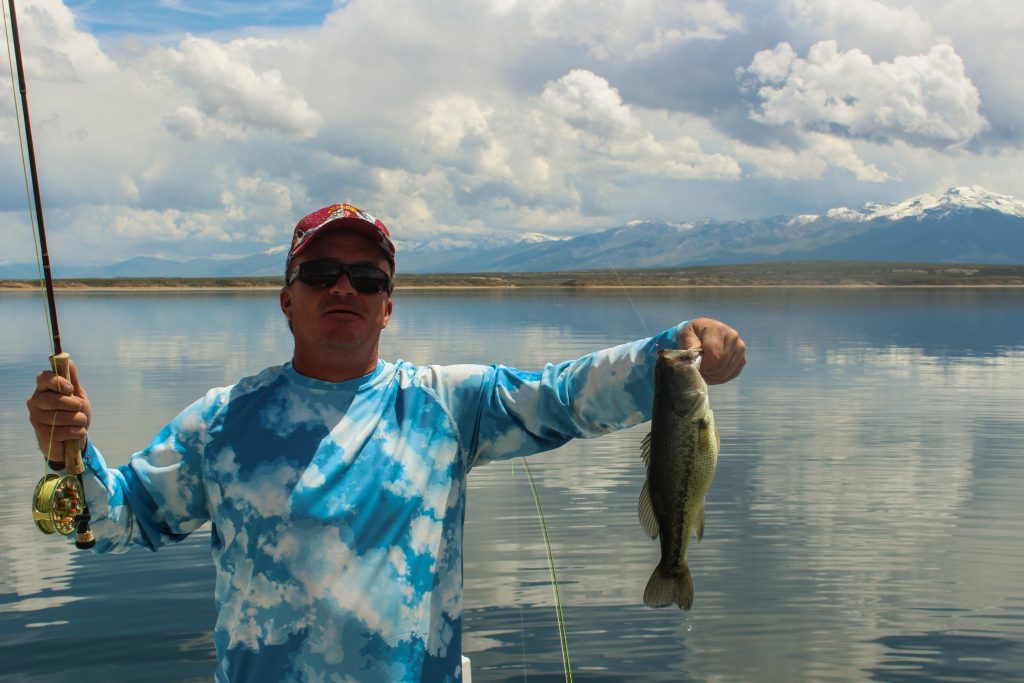 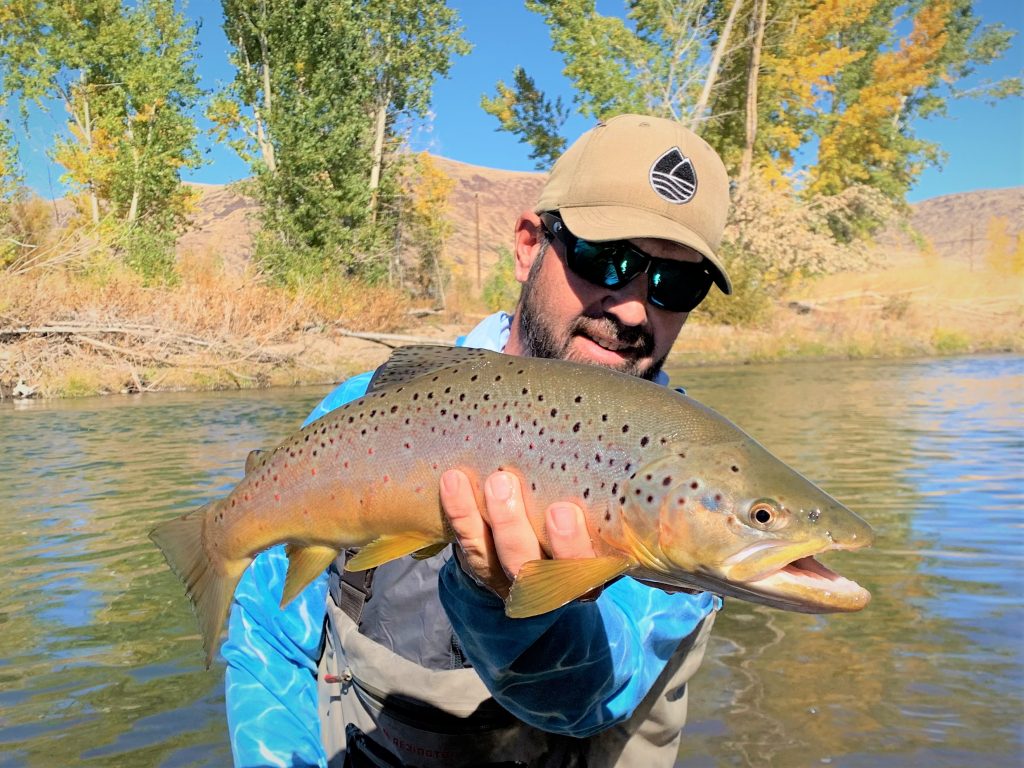 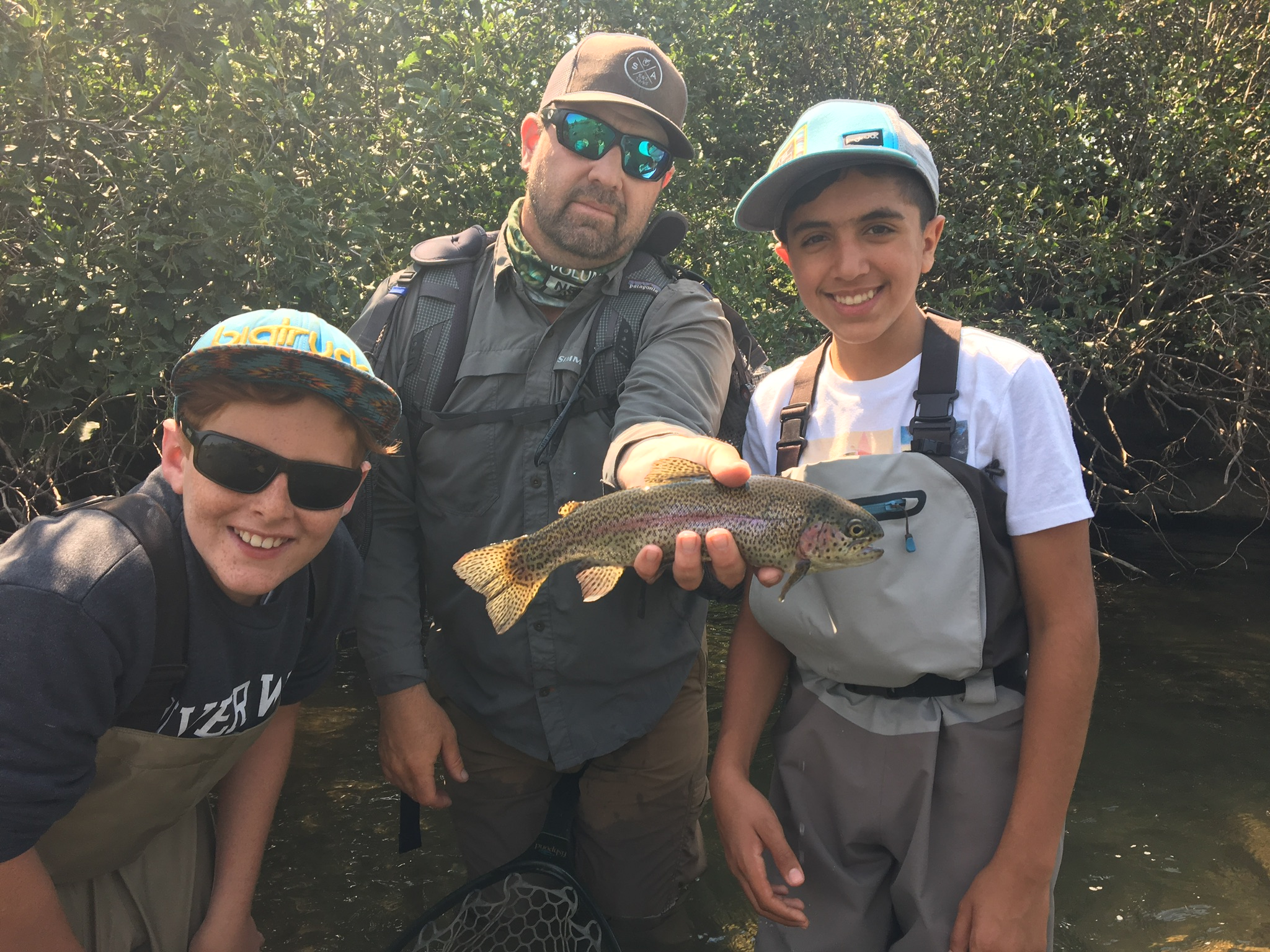 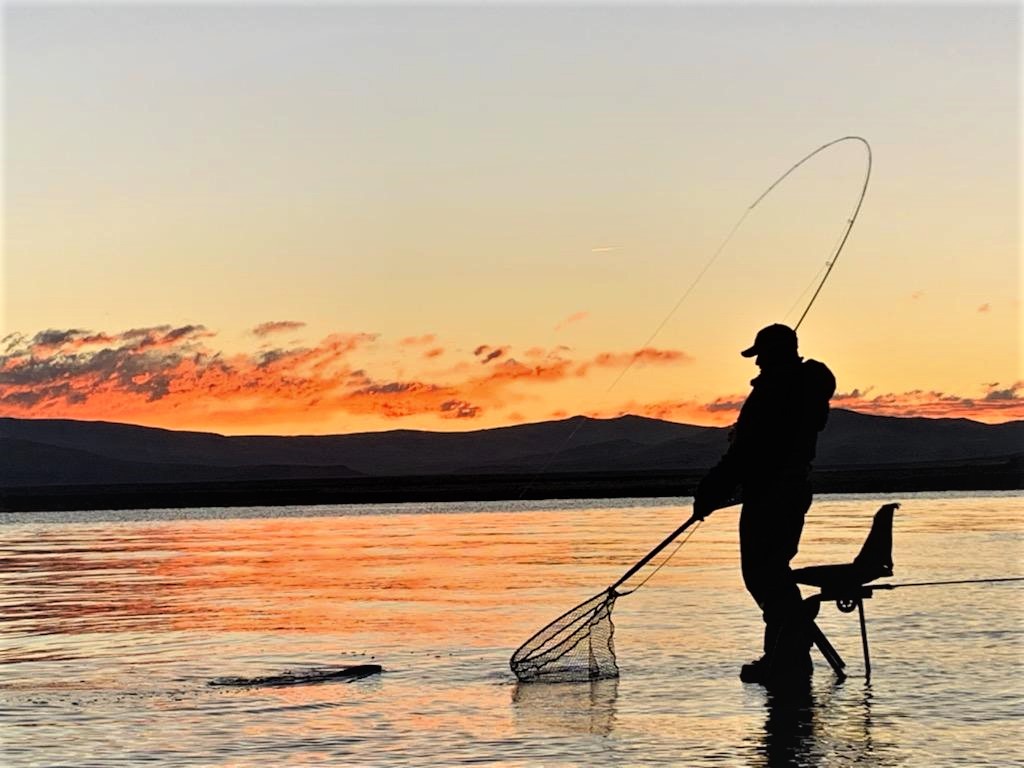 Mike is one of the rising stars on our team and is currently one of our top guides at Pyramid Lake and all the surrounding streams and rivers. Mike was ready to join us on our exploratory trip to the Pantanal in 2020 to help teach a couple of our Amazon guides how to row a raft on tight moving water like Mikes home water, the Truckee River. Although our new trip was put on hold, Mike is ready and waiting for the opportunity when we can go.  Mike’s story is fun to read and says a lot about his passion for the outdoors.

Mike was born in Livermore California in 1982 and moved to Reno Nevada at age 5. From an early age Mike was spending time in the outdoors hunting, fishing, skiing and riding horses. He got his first fly rod when he was 13 and started tying flies soon after. Mike was an accomplished skier and after high school he accepted an offer from a college in Colorado to join the Ski Team. Mike spent the next two years studying Biology in school and eventually took a job working on a ranch there. Soon Mike once again relocated to Reno to continue his studies and changed his major to Equine Science. Mike was introduced to the working side of fly fishing after meeting Tahoe Fly Shop owner Victor Babbitt in a duck blind. In 2007 Mike took a job at Tahoe Fly Fishing Outfitters as a fly-fishing guide. Mike spent the next 8 years taking people fishing around the Reno Tahoe area, all the while honing his own skills and keeping up with new technology in the fly-fishing world. Mike left the fly shop to take a few chances on his own as an independent guide and a key member to our team in 2017.

Mike is what we refer to our “Work Horse” which is a fitting nickname in so many ways. Mike takes on all comers and rarely turns down an opportunity to be on the water, both with clients and friends. Not only do we keep mike very busy at Pyramid Lake but Mike is our head guide for what we call our “Stream Team”. Mike is heading up our two newest programs offering drift trips on the Truckee River and is also helping to put together a new guided waterfowl program. Mike currently resides in the Reno area and is married and has a three beautiful daughters. We are lucky to have Mike in our family and look forward to see where his path takes him in the years to come.